The Return of Summer Skiing for July 2018 (April Fool) 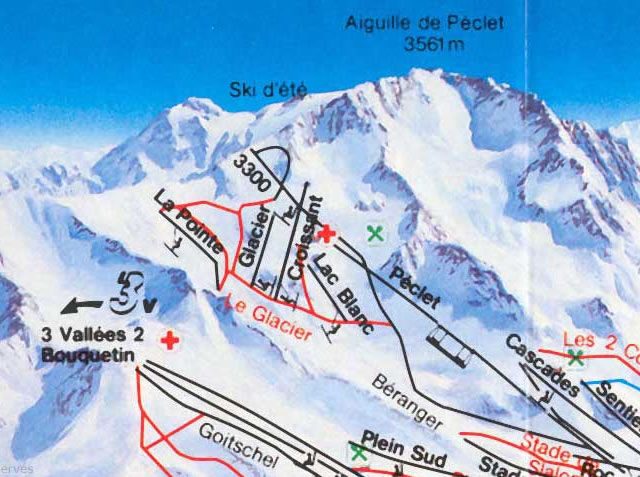 It’s been nearly 20 years since Val Thorens gave up on it’s Summer Ski Area – shown above on a piste map from the mid 90s with the original Peclet lift, Glacier and 3300 chairs plus 3 drags on the Glacier de Péclet. Only the Glacier chair survives and the highest point in The 3 Valleys is now the summit of the Bouchet chair in the 4th Valley at 3230m.

While we wait on news from Val Thorens, we do have news from the Local Council, Mairee Office and the S3V Lift company following yesterday afternoon’s Town Hall meeting regarding Courchevel Summer Skiing in July 2018.

The Courchevel Outdoors Sport Club have already announced they will be again running a hike up / ride down competition this Summer on the Saulire bowl but we now have confirmation of the Summer Ski Area to be open for a limited period of 3 weeks from the 7th to 28th July 2018. 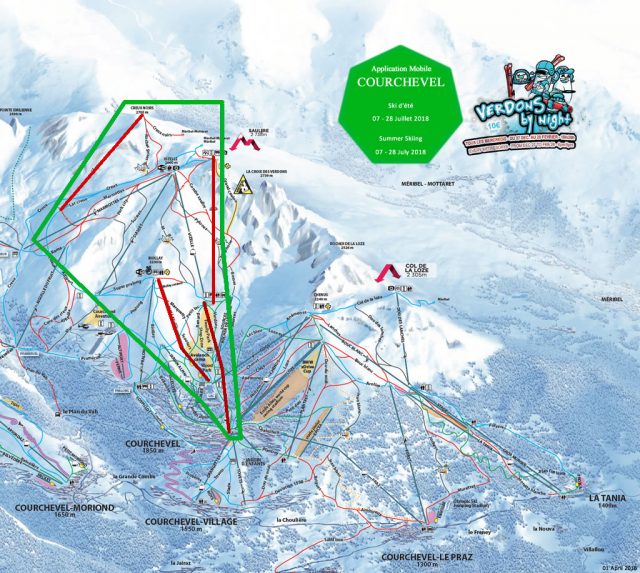 Full size image here
Verdons Gondola will be open for access to the Saulire Cable Car plus the Creux Noirs and Biollay chairlifts are expected to run. Pistes (depending of course on snow cover) accessed as above.

The opening decisions has taken close cooperation from the Ski area management company S3V, local council, the St Bon Mairee, local residents and environmentalists – it is seen as a complete one-off due to over double the normal season snowfall this Winter.

Special licences and leases from land owners and the Forestry Commission to the ski area operators and local councils plus additional exceptional access permits have been granted on a one-off basis – these restrictions were unable to be lifted to have an extension to the ski season beyond 22 April 2018 as was originally proposed.

Additional impact assessments and risk management studies have been required to understand drainage, land erosion, vegetation changes and any other issues that may have an adverse effect on the environment.

Further skiing beyond the 3 weeks has not been allowed due to the impact on the habitat of the Black Grouse – the area already altered to accommodate these birds (in Winter there are fenced off areas around Dou des Lanches, Foret and Aiguile du Fruit chairlifts) and these concessions have been made to the environmentalists lobby to facilitate this one-off event. 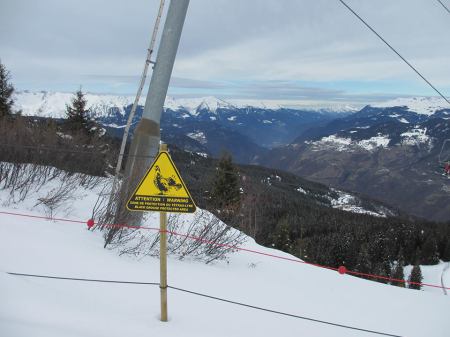 The Black Grouse is a beautiful large bird with males being around 53cm long and weighing 1000–1450g and females approximately 40cm and weighing 750–1110g. The cock is very distinctive, with black plumage, a white wing bar and a lyre-shaped tail, which appears forked in flight. The bird’s song is loud, bubbling and somewhat dove-like.

Black Grouse occur throughout the Alps and in Wales, Scotland and the Lake District but typically exist at half their normal population density around ski resorts and the effect of human disturbance appears to be increasing as more skiers go off piste. 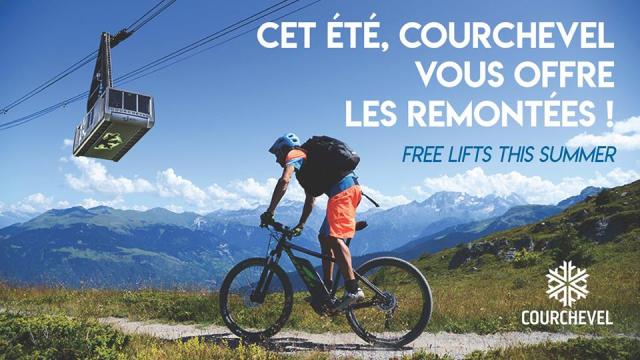 Free lifts for hikers and bikers for Summer 2018 have been confirmed. Courchevel 1850 opens Saturday 7 July 2018 until Friday 31 August 2018. La Tania may differ and open a week earlier than this though.

With the announcement of the free lifts across the Courchevel and La Tania Valleys already made there had been concern if this would be reversed.

We understand however that lifts will open and be chargeable from 07:00 until 09:00 with Summer skiing finishing at 11:30 – similar to other Summer Ski Areas as Summer temperatures from noon in July & August can make Summer Skiing untenable.

From 09:00 all lifts will be free but carrying skis from the Verdons station will be chargeable.

Winter 2017/2018 Season Passes will be valid and we expect Summer Tariffs to be announced by 1st May.

No decision on Val Thorens Summer Skiing is due until the end of their season on 8 May 2018.