An update from S3V this morning (the Ski Area Management Company that looks after Courchevel, La Tania and Mottaret) on the new gondola under construction out of Courchevel 1650 Moriond, the new luge run plus updates on piste improvements and snow making including the bottom of the La Tania green piste Plan Fontaine. 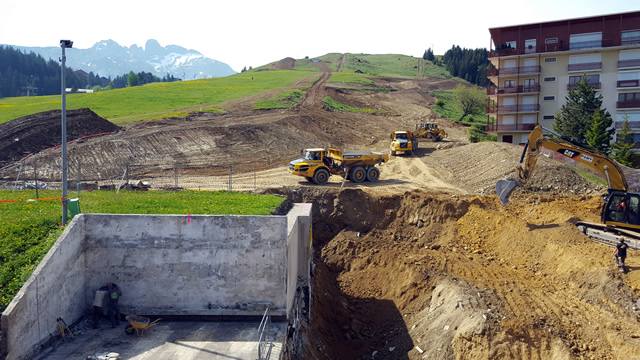 The new Ariondaz gondola is set to open in December 2017 following the route of the old one that dates from 1974 but with double the capacity. It will be 25% faster (taking 7 minutes instead of 10½ minutes previously), a lot more comfortable inside and use much better looking tubular pylons than the old “electricity pylon” like towers. 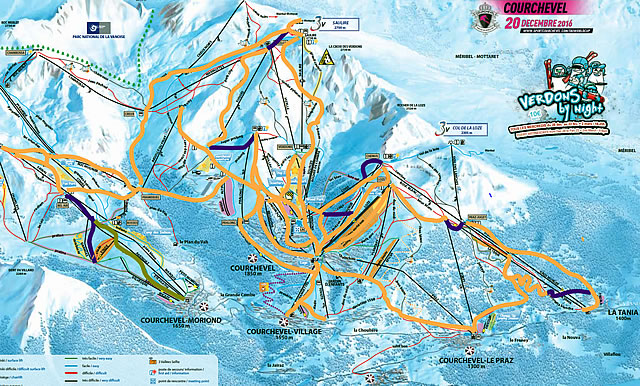 The purple piste markings show the new snow cannons going in this Summer – this includes the bottom of the green Plan Fontaine piste through the forest in to La Tania. The amber markings show current snowmaking infrastructure and the green shows where improvements are being made (more efficient pipelines and new high pressure cannons). Full Size Image Here

Last season saw the importance of snow making across The 3 Valleys with more runs open here than anywhere else in Europe all season. S3V are accelerating the investment in 8 different sectors of the ski area with 115 new snow cannons going in this Summer – yes one hundred and fifteen!

The Courchevel Valley (including La Tania) will boast 714 snow cannons covering over 50% of the ski area next Winter – why risk skiing anywhere else? 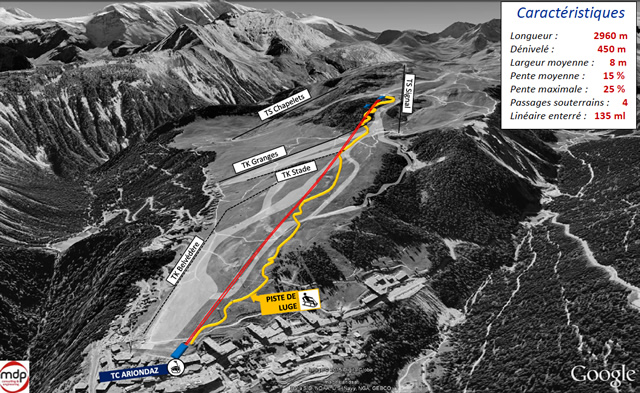 The new luge track from the Bel Air top station of the new gondola is 3km long! Should be great fun and is scheduled to be open on Tuesdays and Thursdays (afternoons and evenings). 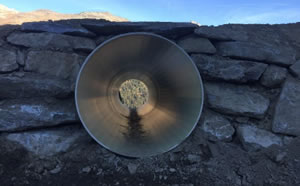 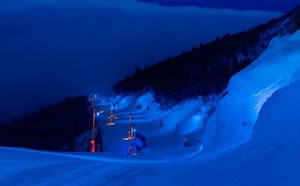 Tunnels keep the luge out of the way off the pistes on the way down and it will be floodlit for evening use, can’t wait!

Further improvements to pistes in the area include redesigning the bottleneck around the Bel Air restaurant reducing the ramp and also the Marquis piste will be levelled off providing easier skiing for beginners.

Further details on Summer 2017 Work across The 3 Valleys here 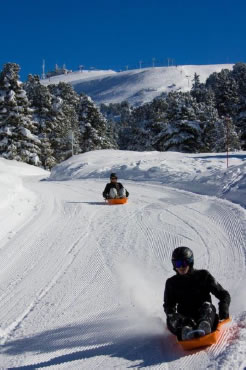